The Emancipation Day “Underground Freedom Train” Ride is symbolic of the role of the Underground Railroad within Canada’s history. This train ride is a recognition of the historic date of Emancipation Day on August 1st when slavery was abolished in the British Empire. It is also a celebration of the power and potential of the peoples of African descent.

Since 2013, A Different Booklist Cultural Centre (ADBCC) partnered with the Toronto Transit Commission (TTC) to provide an actual underground experience via its subway system to represent the underground railroad journey. Former enslaved people undertook an incredible and dangerous journey in their migration to Canada, and this symbolic train ride helps to keep history alive by connecting the past to the present and ultimately linking to the future.

The Emancipation Day “Underground Freedom Train” Ride is open to the public and may include poetry readings, musical entertainment, networking, and special activities. The route travels along the TTC subway from Union Station to Sheppard West Station. Easy access for departure at the end of the train ride/event.

Join us on August 1 inrecognition of the historic date of Emancipation Day on August 1st when slavery was abolished in the British Empire.
Register Now 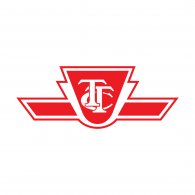 We want to give a huge shout out to our members and so many of you that participate in and support our programs, events and activities. Thank you.

Guess Who’s Got A New Name?

That’s right, we are excited to share that we have changed our name to Blackhurst Cultural Centre, a nod to our neighbourhood and the programs we run that celebrate our rich African and Caribbean Canadian legacy.

Name Changes Can Take Some Time.

We’ll be transitioning our name over the next 12 months across our many mediums, so you may still see ADBCC from time to time.

We got a new name, now we need a logo to complement it. Submit your logo for our community engagement logo project on now!